Can Trees actually communicate with each other?  You would be surprised to know that they can! It’s true you probably have never heard a tree talk, except perhaps in the movies or in a fairy tale or children’s story.

But, trees do communicate. Not through noises. We cannot audibly hear them speaking. But they use a means of 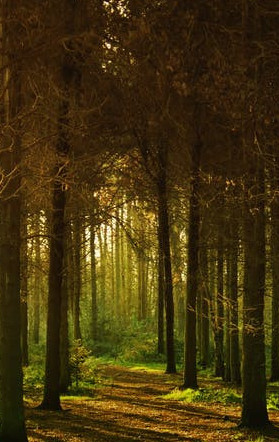 The type of communication they use is scent. –Or smell… Or a better word would be odor.  This is not that foreign to us humans. We communicate by scent as well. This is why we wear deodorant and perfume. Our odor says a lot about us.

How a Tree Uses Scent as a Defense

If an animal starts to graze upon the leaves of one tree, the tree will create toxins that will be pumped into its leaves to make it very distasteful To the animal. Not only does it defend it self, but it also will warn the other trees in its community by sending out in ascent that will alert the other trees In the area of the danger. They, in turn will pump toxins into their leaves in preparation to defend against the intruder.

Trees also enlist the help of other creatures by giving off a scent that will attract them. When for example a caterpillar starts to eat the leaf of a tree. The tree detects the caterpillar’s saliva. By detecting the saliva, it shows that the tree has the 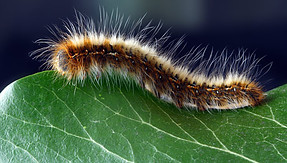 ability to taste. Once it has detected the type of caterpillar that eating its leaves, it sends off an odor  to attract  a predator of the caterpillar.

Of course, sending a scent as quick as it might be, has limitations. It can only be sent so far, as it is subject to weather conditions. Trees also have another way of communicating with each other.

They have an underground network of routes that in most cases intertwine. It’s almost like an Internet. In fact, scientist have called it the worldwide wood. They also have the help of fungi in the soil. This also is chemically able to send messages through the soil underground from one root to another. So, just like we humans, trees actually survive best when they are in a community of trees.

So in answer to the question, “Can trees communicate?”  All the evidence shows they communicate in their own way.  It’s up to us to study them, learn and understand them.

5 thoughts on “Do Trees Communicate With Each Other?”

Read in your own language